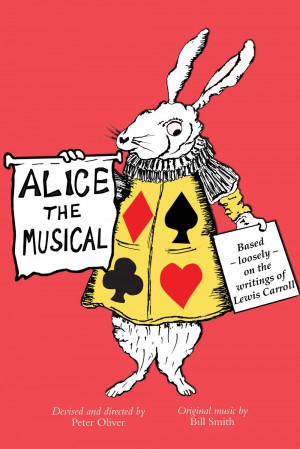 Alice, The Musical is a classic tale of making theatre happen. In the inspiring words of Mickey Rooney (Babes in Arms, 1939), “Hey kids, let’s put on a show. We can do it, and we can do it here!” Or, in Lewis Carroll logic, “Don’t just do something! Stand there! Something may happen!” And something really did happen. In a small Nova Scotian town, over the past three years, a group of sixty-odd people has produced quality musicals in its new theatre converted from a shipbuilding shed. These people, of all ages, from all walks of life, turned a Victorian story about a little girl falling down a rabbit hole into a joyful moment of theatre magic. To quote an out-of-town visitor, “Imaging coming to a small town like this and experiencing something that should be seen Off-Broadway” This book contains the script of that show ad the story of how it came together and who some of the people were that made it happen. Both script and music are available free of charge to anyone who would like to make the magic happen.