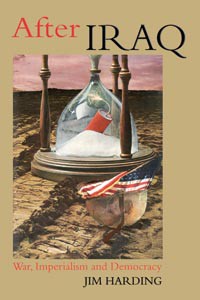 The war on Iraq is a geopolitical watershed. The invasion is not about terrorism, weapons of mass destruction or even just about oil. Rather it signifies a profound shift in U.S. doctrine in a post-Soviet world. After Iraq traces Iraq’s colonial history, Saddam Hussein’s brutal rise to power and their relationship to Iraq’s major oil reserves. Jim Harding also explores the rise of Pax Americana and the worldwide military expansion of the U.S. following Bush Junior’s presidency. He exposes the stark challenges for international law, multilateralism, the UN and Canada’s independence. He suggests there are frightening ramifications for the US’s own democracy lurking in the dangers of the fundamentalist proposition that we must make a choice in a clash of civilizations, and emphasizes the need for concerted activism to challenge a U.S.-dominated new world order. This essay written in the prelude, midst and aftermath of the war by a long-time Canadian peace activist tackles these vital issues while the events continue to unfold.