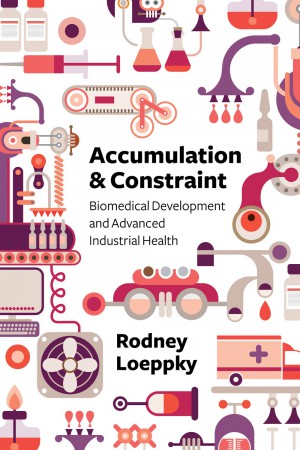 Accumulation and Constraint examines the dynamic world of advanced industrial health, exploring it as a means to better understand the internal differences in biomedical development (pharmaceuticals, biotechnology, medical devices) and health care reform, delivery and restructuring. Rodney Loeppky suggests that it is because of intensified industrial competitive pressure that health production has grown so robustly across the countries of the Organization for Economic Co-operation and Development (OECD). Loeppky also argues that there are important national, systemic differences, particularly in health care delivery, that place limits on the quest for economic gain through biomedical innovation. Using a political economy framework, Loeppky emphasizes the transitions to capitalism of industrial states – particularly the United States, Canada and Germany – as a critical point of development that conditions their contemporary handling of biomedical production and health.