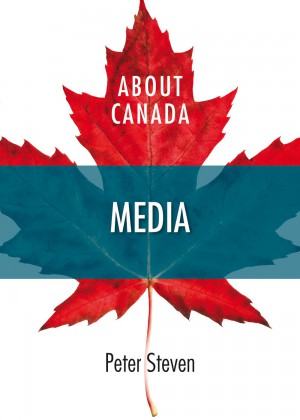 Canada enjoys a long-held reputation for producing high-quality media, from National Film Board documentaries to the CBC to children’s programming. But in recent years, funding cuts, commercial media concentration and a sour political environment have been steadily eroding this reputation. In About Canada: Media, Peter Steven examines developments in film, television, the internet and newspapers and finds that the quality of our news and entertainment media is steadily declining, as well as becoming increasingly restricted and less diverse. Although Canada is not alone in this crisis of quality, we are particularly vulnerable living in the shadow of the United States. However, despite this decline and the shadow of our southern neighbour, Canada still produces distinctive and popular work, which receives critical international acclaim. About Canada: Media explores all things CanCon and argues that the Canadian people must reclaim the media from elite interests in order to ensure its democratic and quality future.