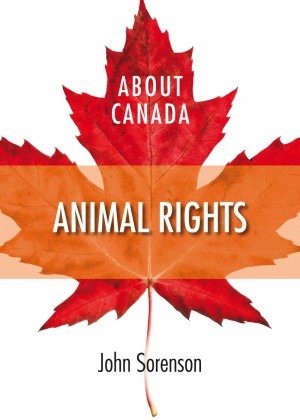 Adopting Mahatma Gandhi’s idea that “the greatness of a nation and its moral progress can be judged by the way its animals are treated,” this book considers the status of animals in Canada. Casting a critical gaze over how dominant ideologies, such as capitalism and patriarchy, have negatively impacted our relationships with the natural world, Sorenson examines the institutional exploitation of animals in agriculture, fashion and entertainment. Addressing the fur trade, seal hunt, Calgary Stampede, puppy mills, horse slaughter and Canada’s virtually unregulated vivisection industry, the book analyzes discourses used by animal-exploitation industries to defend their practices and suggests that a society that claims to protect animals while maintaining antiquated laws is suffering from “moral schizophrenia.” This book advocates an abolitionist agenda, promotes veganism as a personal and political commitment, shows the economic, environmental and health costs of animal exploitation and presents animal rights as a social justice issue.