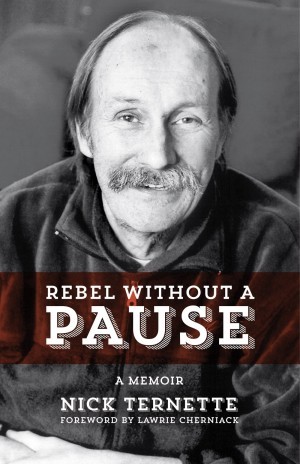 Nick Ternette was honoured with the Debbie Bean award by Reaching E-Quality Employment Services (REES) in Winnipeg in June. The award was accepted in his honour by his wife, Emily Ternette.

The award recognizes individuals and organizations that have demonstrated excellence and achievement in the disability field, and made a significant impact on the disability community.

Debbie Bean, former Executive Director of REES, embodied the spirit of a diversity Star, whether it was in the promotion of employment of people with disabilities or in the philanthropic efforts in her role as a Community Grants Coordinator with the Winnipeg Foundation. She knew the importance of relationship building and professionalism, and utilized a holistic approach when supporting others to achieve their goals. Through her hard work and commitment, Debbie made a difference in the community of people with disabilities and in the community as a whole.

More about: Rebel Without A Pause.