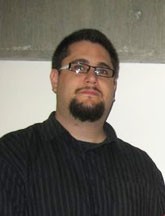 Richard Jochelson is a faculty member in the Department of Criminal Justice at the University of Winnipeg and holds his PhD in law from Osgoode Hall. He has published articles dealing with obscenity, indecency, judicial activism and police powers. He is a member of the Bar of Manitoba and co-authored Sex and the Supreme Court: Obscenity and Indecency Law in Canada with Kirsten Kramar (2010).