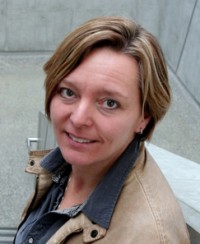 Natalie Meisner is a writer from Lockeport, Nova Scotia. Her plays have been produced across the country, won numerous awards, been collected in book from and appear in numerous Canadian Anthologies. She is also a wife and the mother of two great boys, and divides her time between Lockeport, Nova Scotia, Den Haag, Holland, and Calgary, Alberta. She is an Associate Professor in the Department of English at Mount Royal University where she teaches creative writing and drama.