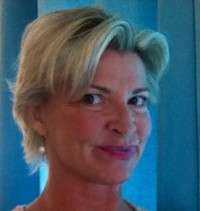 Kirsten Kramar is a professor of sociology at the University of Winnipeg.