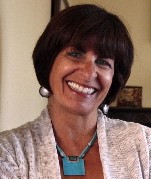 Evelyn is a PhD student and Killam Scholar in the department of Educational Policy Studies at the University of Alberta and her research focus is on representations of Arab and Muslim women in popular culture. Her research focuses on how racialized groups negotiate their complex identities and identity differences within solidarity and activist spaces and the effects of media representations on their lived experiences. More broadly, Evelyn is interested in how to support the deconstruction of identity binaries in order to heal social fissures and to foster mutual understanding and equity. Over the past 27 years Evelyn has, and continues to work as an adult educator/activist focusing on equity and identity in learning and social contexts and is currently the co-coordinator of the Global Citizenship Curriculum Development Initiative at the University of Alberta. Her current and past community involvement includes the Canadian Council of Muslim Women, The Edmonton Council of Muslim Communities, Phoenix Interfaith Society, The Arab/Jewish Women’s Peace Coalition, Women In Black, The Anti-Racism and Decolonization Network, Global Education Network and The Centre for Organizing and Political Education.