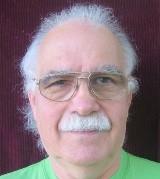 Al Engler worked for many years as a cook on coastal towboats and for a decade as secretary-treasurer and then president of Local 400, Marine Section, International Longshore & Warehouse Union - Canada. He has participated in movements to protect environments, against militarism, war, and imperialism, for the rights of women, native people, immigrants and gays and lesbians, and for social housing. He is author of Apostles of Greed, Capitalism and the Myth of the Individual in the Market (Pluto Press and Fernwood Books, 1995).