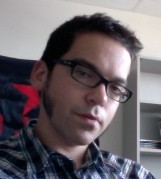 Alex Khasnabish works as an Assistant Professor in the Department of Sociology and Anthropology at Mount Saint Vincent University in Halifax, Nova Scotia. His current research explores the connection between the radical imagination and radical social transformation amongst collectives of activists in Halifax. In addition to Zapatistas, Khasnabish is the author of Zapatismo Beyond Borders: New Imaginations of Political Possibility (U of T Press, 2008) as well as several articles and book chapters about contemporary radical politics, social movements, and globalization.